Maria Enders (Juliette Binoche) has a successful acting career and a loyal assistant Valentine (Kristen Stewart). She owes her career to having been cast in both the play and film versions of Maloja Snake by Wilhelm Melchior, which centers on the tempestuous relationship between a young girl and an older woman who is eventually driven to suicide. While traveling to Zurich to accept an award on behalf of Melchior, and planning to visit him the following day in nearby Sils Maria, Maria learns of his sudden death. His widow Rosa later confides in her that Wilhelm's death was suicide and that he had been terminally ill. During the awards ceremony, Maria is approached by a popular theatre director who is trying to persuade her to appear on stage in Maloja Snake again, but this time in the role of the older woman. To prepare for the role she accepts Rosa's offer of the Melchiors' house in Sils Maria, which Rosa is leaving to avoid her memories of Wilhelm. Maria's discussions with Valentine and their read-throughs of the play's scenes combine to evoke uncertainty about the nature of their actual relationship. A young American actress (Chloë Grace Moretz) who has been chosen to interpret Maria's old role in the play surfaces via Google searches, YouTube videos and tidbits of contemporary cultural knowledge as relayed by Valentine, are generally dismissed as irrelevant by Maria. Questions regarding aging, time, culture and the thin line between the characters of the-play-in-the-film and those we are seeing on the screen multiply priming the denouement in London. The key to the resolution is offered by a young filmmaker who visits Maria by appointment 5 minutes before curtain on the opening night of Maloja Snake, but she seems preoccupied and dismisses the offering as "too abstract for me." The final scene of the film indicates however that the penny may have dropped ... or not; she is on stage, smoking and waiting for Sigrid to pass through the offices collecting outgoing folders. 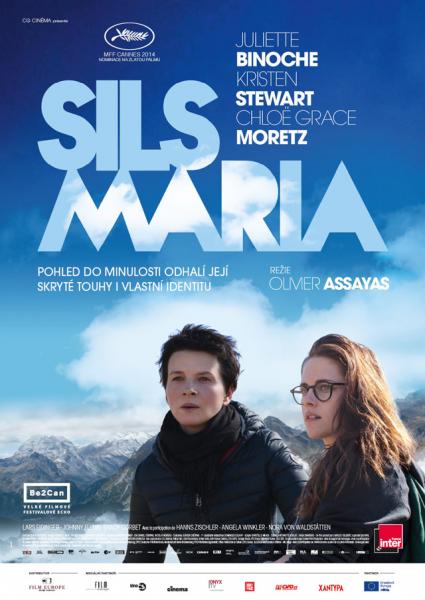